The year we got a pup 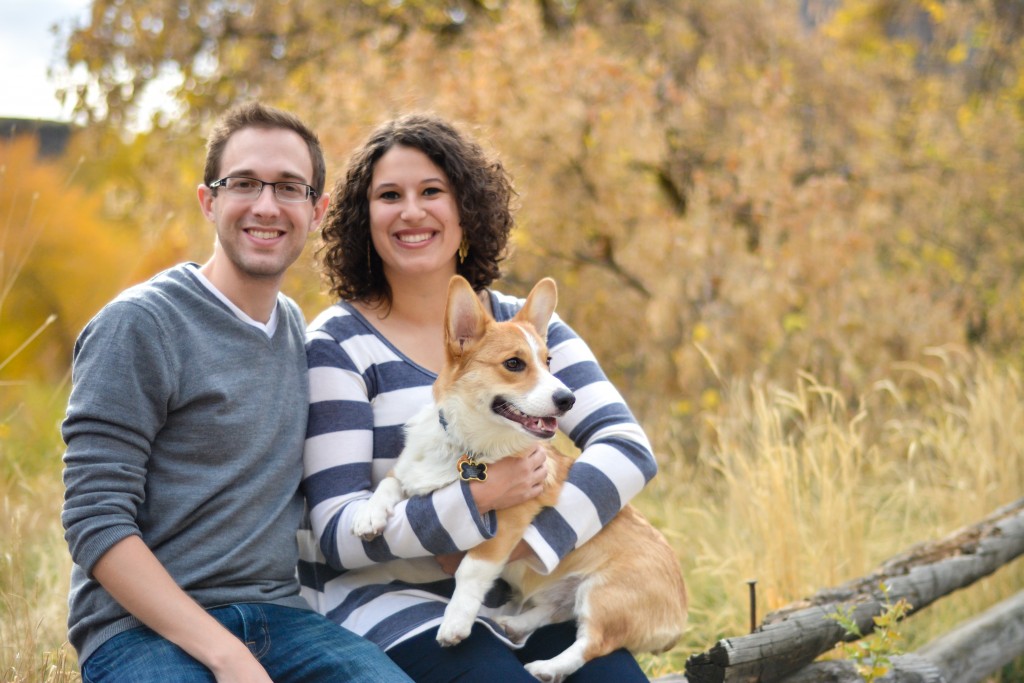 It was about 6 months into our marriage when I started talking about the family dog. Honestly Ali knew I wanted a dog from the day I said “Yes”, but we always talked about how it wouldn’t happen until we bought a house first.

I’m laughing to myself now as I write this with Teddy, our Corgi, squeaking an Angry Birds toy in the background (he loves squeaky toys).

So yes, at about 6 months into marriage I was googling dog breeds. First it was Chihuahuas because I missed my mom’s dog, Lily at home. Then Border Collies because I missed my stepdad’s dog, Tahoe. Then Great Danes because they’re awesome. Mastiffs, Dalmatians, PitBulls (they’re seriously misunderstood and excellent family dogs), Adopting a shelter dog, I was on a Newfoundland kick for a long time because they’re so gentle with children. I grew up with Black Labs and while beautiful I knew I wanted a different breed, especially after living with a Chihuahua for so long. Oh and there was our sweet Honey, my step dad’s St. Bernard. She was a beautiful animal and a wonderful dog. Anyway I digress…

I’d always seen pictures of Corgis online, I mean they’re everywhere these days –not to mention CorgiCon, Corgi Beach Day, etc. I always worried though, that a Corgi would be too active and what about their herding instinct? They’re adorable, but after doing a lot of reading, they really aren’t the best breed for small children, and I plan on getting some of those one day too…so a Corgi was definitely out; until Ali saw a picture of one and Animal Planet’s Dog Breed Selector recommended a Corgi as one of our top breed matches. Yep, it was that easy, and I’m pretty sure it was this picture that sealed the deal with Ali

The next thing I knew I was searching KSL, found a litter of 4 pups and had emailed the breeders about taking one home. He’s the second one from the left in the first picture and the little red head in the front, next to Mom in the second: 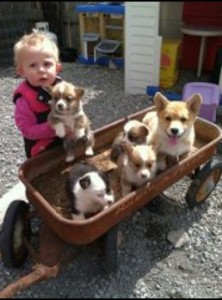 We were lucky to find a breeder who would keep Teddy for us until we had moved into dog-friendly housing (yes, I made Ali move for a dog – isn’t he amazing?). We took the pup camping about a month before we brought him home where the poor little guy got sick on his first hike. While this next picture is adorable, it’s really a sick puppy in a backpack coming down the trail. 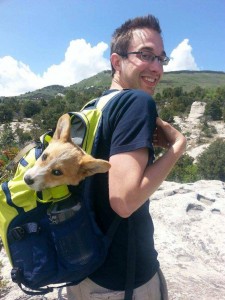 I got past my concerns about kids and Corgis after doing some more research and realizing that ultimately if you’re going to have kids and any kind of dog, you have to teach them both how to interact with each other. We’ve worked really hard to socialize Teddy and teach him basic obedience commands and tricks here and there. I’ve tried to get him used to being touched, held and pulled on and even loud noises. I hope that I can do similarly with my kids. Reminding them that Teddy might bite if they chase him into a corner. Teddy will chase him if they run, because chasing and herding is in his blood. Teddy will also cuddle them, follow them everywhere and ideally protect them at least with his bark.

Ultimately I’ve fallen in love with the Corgi breed and I think Ali has too. While I’m pretty sure he’d rather be with me than Teddy, I do know he appreciates the Corg’s ability to learn tricks quickly and his general obedience.

Today Teddy is about 20 months old. We’ve decided that someday we’ll get a second tri-colored Corgi, but for reals: not until we have a house . . . 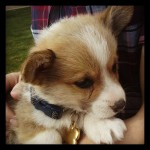 The day we picked him 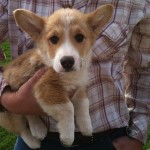 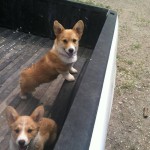 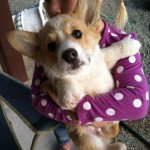 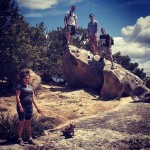 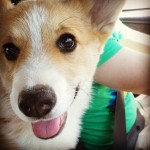 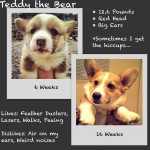 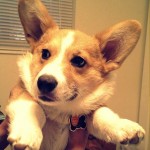 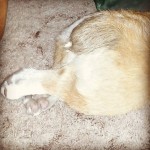 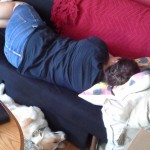 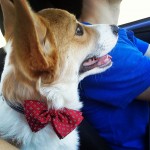 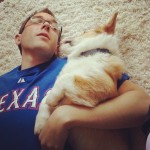 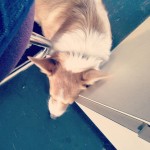 Bored at the office 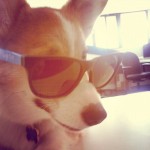 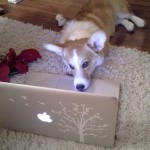 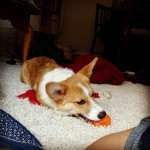 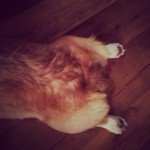 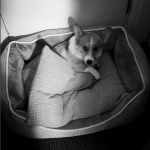 I can see you 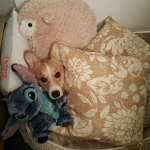 One of these things is not like the other