I admit it, I’ve totally failed at posting Ammon’s emails : ( But on a positive note, he’s coming home on September 30th! Below is today’s email from Elder Burdge. 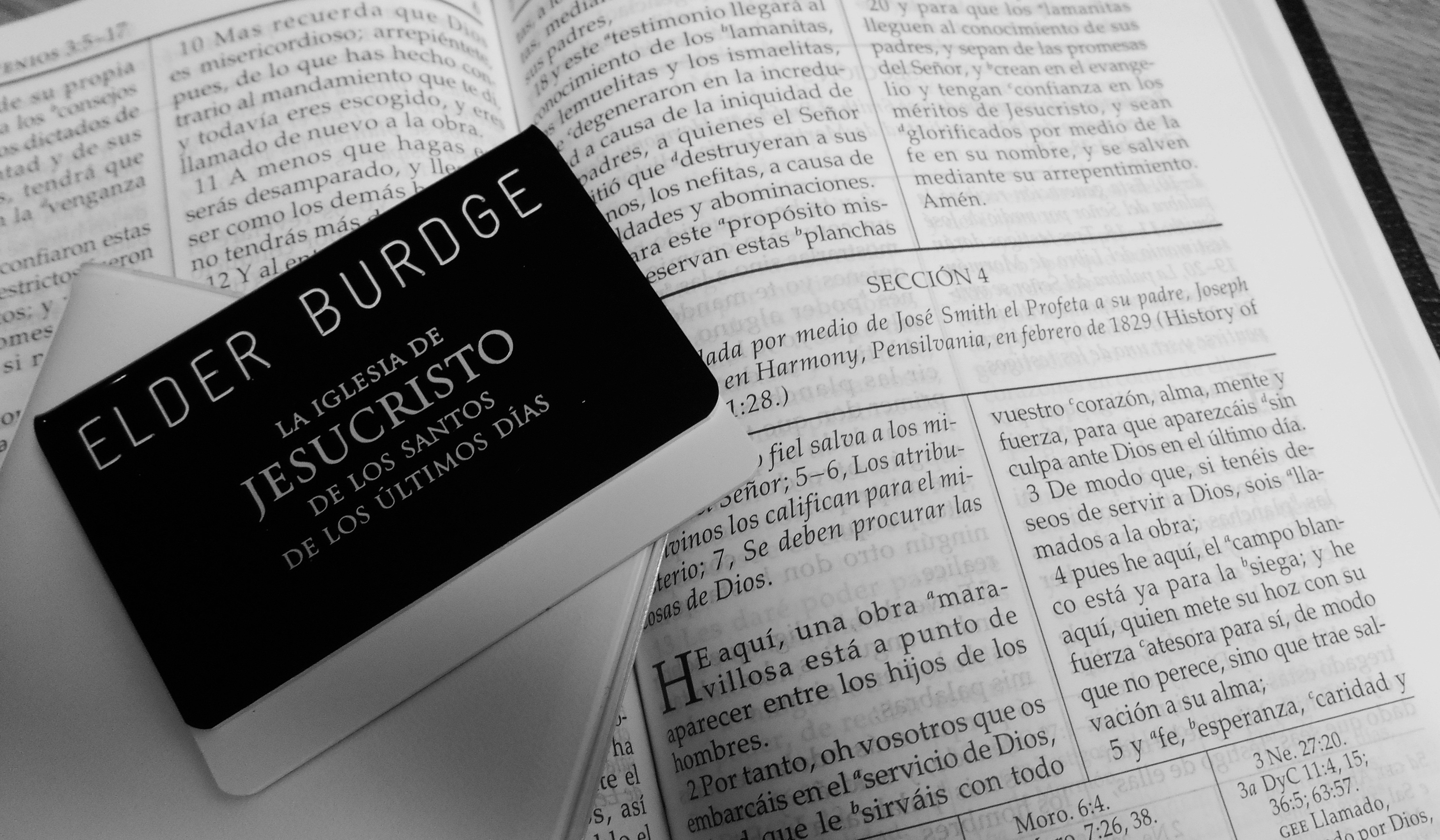 At the end of a missionary’s service, their “life” so to speak, they are called upon in their final mission meeting to give a departing testimony. During Zone Conference I was asked to do so. What my companion transcribed during that meeting is written below:

I’ve heard it said that at the end of your life you see it flash before your eyes. Here at the end of mine I’ve seen exactly that. Two years ago I saw these same trainings. They’ve made me who I am today. I testify that they will make you mighty in the hands of the Lord. So go out and apply it, just do it.

On New Year’s Day 2013, I made a New Years resolution that I would go to church every week for the next year; something I hadn’t done more than a handful of times prior. 10 months later I received a name tag.

I don’t know if you can tell but my name tag is different. For those of us that went to the Mexico MTC are name tags are a little unique. The lettering for our names isn’t as defined. It’s thinner, it looks a little worn out. Whenever I’d visit investigators or eat dinner with members they’d say, “Elder what’s your name? Your name tag is too worn out. I can’t read your name. Get a new one,” they said. The name that I’ve worn for the past two years has been worn and it’s become His name. I’ve been changed through Christ. This is how He made me. That’s how I’ve been changed. I now stand resolute with a solemn resolve to give Him everything.

Often during these occasions we read 2 Timothy 4:6-7 which reads:

“For I am now ready to be offered, and the time of my departure is at hand.”

“I have fought the good fight, I have finished my course, I have kept the faith.”

Elders and Sisters I’ve kept the faith. But I’m not ready to be offered, I’m ready for combat. We aren’t here to keep the keep the faith but to defend it. I invite you all to do so. I don’t know if you’ve noticed, but from day one we’ve been in training in the service of our God. It is now our responsibility to go out and defend this work, today and always.

There are no breaks in the rest of the Lord. This is not a gospel that we can just give up. We’ve received the hope and we’ve crossed that line. We swore by oath and covenant that this would be the name by which we would live and the truth that we would defend.

Jesus is the Christ. Joseph Smith is His prophet and he still holds the keys. The Book of Mormon is the word of God. I cannot and will not deny that. But most importantly, Jesus Christ is the Savior and Redeemer of the world. He is my Lord and my God. I know Him. I love Him. I trust Him.